The benefits of no-code are being enunciated with each passing day because no-code has established itself as the winner in the IT space. Truly gone are the days when writing lines of codes were necessary for app development. Today, you can develop even enterprise-grade apps in a jiffy! No wonder it’s catching the attention of citizen developers and IT team alike.

Let’s begin by glossing over the basics of no-code application development. It is nothing but the simple use of mechanics such as choosing from ready-to-use options, and drag & drop. No-code is visually driven, allowing you to build applications, be it mobile apps, websites, or enterprise applications, without writing a single line of code. Yeah, you heard it right !!

The demand for no-code rose massively amidst the pandemic because of the agility and speed it provides for the businesses to pivot which was the need of the hour for every business. The benefits of no-code proved to the biggest blessing because they directly overcame the shortcomings of traditional development. This is why the word is spreading and everyone – from small to large enterprises – is embracing no-code tools.

There are numerous benefits of no-code that go beyond the usual “ease and convenience” We shall walk through them one after the other for you.

Here, fast means very fast. When you compare this to coding, you will notice what we mean. A simple app won’t take more than a few hours and a complicated customer enterprise application will take a few weeks tops. The timelines of traditional development, on the other hand, start with “months” and can extend significantly.

We have said this before and we will say it again – no-code tools are very easy to use. They are intuitive and cut down on the learning process. They are so easy that high school kids can use them too. They mostly include drag and drop features that enable you to create any customer enterprise-grade application with ease without any coding knowledge. Since it’s all visual, citizen developers can see what they are building in real-time and make changes accordingly.

Also read: 20 reasons why going Paperless and shift to Digital Forms will be a Major Trend in near Future

3. No-code apps are easy to update

Software applications require constant changes to add new features, squash bugs, and so on. Traditionally, this is a tedious process, which often requires users to bring down the application at times. No-code apps, on the other hand, have no such restrictions. A new feature can be developed instantly and while the app is in use. Moreover, deploying changes is faster than previously thought possible.

4. You can pivot easily

When we say “pivot,” we mean changing the app’s audience or market. If you decide that a particular no-code app will work well for another target market, you can make the switch without engaging the developers. You won’t incur heavy expenses either!

5. You need just one person – not a whole team!

How cool is it that a single person can build an app and that too within hours? A talented citizen developer will do the trick and you won’t have to spend your budget on building a large team of expensive professional developers. Also, the in-house IT experts can focus on other important tasks as the citizen developers take over the app development.

In the pre-no-code world, maintenance was quite intimidating because of the complications involved. With no-code, you don’t need a programmer even during maintenance.

One of the most significant benefits of no-code is that you don’t need to be a programmer and indulge in learning a programming language and writing thousands of lines of code. You can jump right ahead and build!

8. You can save a lot of money

Budget allocation is a pain especially when times are volatile. With budget cuts happening left, right, and center, it is refreshing to realize that you don’t have to compromise on the output once you adapt no-code. Does it get better than this? We don’t think so!

Once you start engaging in no-code application development, you will realize just how much fun you can have. It is very cool and entertaining. It also encourages innovation.

Uncertain times have definitely got the ball rolling but no-code isn’t a fluke or a trend. It is here to stay. Now that enterprises are realizing its power and ease of use, there is no denying that more no-code tools will be developed and this type of app development will become the new normal. As per a recent Gartner study, by 2024, 75% of large enterprises will be using at least four low-code no-code development tools for both IT application development and citizen development initiatives.

Are these benefits of no-code enough to make you jump on the bandwagon? We think so!

We at Quixy are leading the revolution by providing tools that are super-convenient and affordable. Get in touch with us for a free trial or a demo. We can’t wait for you to join us! 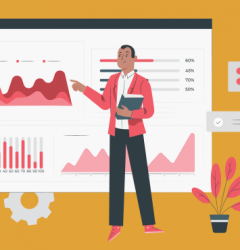 How Businesses can Supercharge Project Management 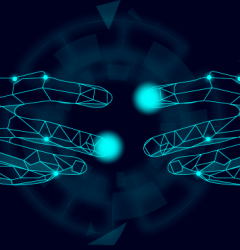 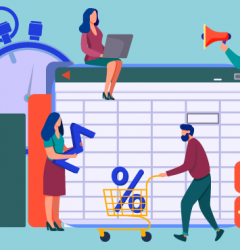 Everything You Need to Know About No-Code Financia

Enterprise-Wide Automation: Understanding the Challenges, Possibilities, and the Future

Using No-Code for Higher Employee Engagement in the Workplace

Are Manual Workflows Costing your Enterprise?

Message from our CEO on the occasion of Quixy's Anniversary