No-Code Vs. Low-Code: Breaking down the Pros and Cons!

In today’s digital landscape, agility and efficiency are the best way to determine success. This stems from a need to stay updated and keep up with rapidly changing technology. Agility is key to having an edge over your competitors and keeping up with any new trends. With newer forms of development like no-code and low-code coming up, the application development industry is also going through some changes. However, the biggest question is how can an interested individual choose between no-code vs. low-code?

For a long time, the application development industry had a defined process that consisted of finding a platform, choosing your coding language, hand-coding the application, and eventually building and deploying the application at the cost of a lot of time and money. Due to the advent of newer forms of development, businesses currently have a lot more options to choose from when they build their own apps. Two of the more popular options currently are no-code and low-code. According to an industry study, almost 60% of all custom apps are built outside the IT department with 30% of these apps being built by individuals from a non-technical background.

In this blog, we’ll be breaking down the basics of no-code and low-code and helping you make an informed decision when choosing between these two options.

Till now, no-code application development was generally used for building applications for a specific use-case or department, however, there are now platforms that can build enterprise-grade applications that can be used across an organization.

Low-code is a form of development that enables developers to create applications with as little hand-coding as possible. Low-code development is ideal for individuals who already know a coding language or two and are comfortable using a visual IDE environment to build apps. Low-code basically gives developers a chance to leverage their existing knowledge to build applications without tediously hand-coding every aspect of an application and using blocks of pre-written code to overcome repetition instead.

What are the differences between No-code vs. Low-code?

No-code low-code app development might look similar at the face value, but in reality, there are many factors on which you can choose between no-code vs. low-code. Here is the list of differences between no-code and low-code:

Between no-code vs. low-code, no-code wins this round. Low-code requires the users to have a basic understanding of coding as well as a coding language. This can prove to be difficult since most non-technical employees don’t have any knowledge about coding or any coding languages. No-code doesn’t need any prior coding knowledge and it allows users to build applications by abstracting the coding portion and replacing it with blocks of code that can be dragged and dropped to build the application they need.

No-code applications are built on a Rapid Application Development (RAD) methodology, which means delivering applications at the fastest speed possible. This can help entrepreneurs and small businesses create working prototypes as rapidly as possible. In fact, almost 79% of businesses can build the applications they need with citizen development within a year! Low-code requires developers to code certain parts of the application which can lead to slightly longer development times. This battle is a close one, but no-code wins between no-code vs low-code regarding speed.

Typically No-code application development platforms are best used to create apps that can help with workflow management, progress reporting, project tracking, and analytics. Low-code application builders are best used to create applications that may have many complex functions. However, there are advanced no-code platforms that have features that allow building complex enterprise-grade apps without writing any code. These two forms of development have rather different purposes so it’s difficult to come up with a clear winner between no-code vs. low-code.

The security of applications is extremely essential to ensure that the company’s important data remains secure. No-code vendors who are vigilant of maintaining the best security standards will have certifications like ISO 27001 and SOC2 Type 2, which can help instill confidence in their services. Low-code vendors can also be held to the same standards. It’s important for companies to ensure that their chosen platform is secure and protected when they choose between no-code vs. low-code. It is important to note that since no-code platforms that do now allow coding are more secure since there is no opportunity to write any additional code and possibly introduce any security threats.

Between no-code vs. low-code, no-code is more equipped to allow users to make rapid, agile changes to their applications. Low-code platforms are good for building foundational applications, however, this may also lead to difficulties when trying to make changes to apps. In terms of agility, no-code wins the battle.

No-code is not susceptible to any hand-coding or manual coding errors as users don’t need to code at all to build applications. Low-code is far more vulnerable to hand-coding errors while trying to improve or change certain functionalities, which can lead to bugs and problems in the future.

No-code has been known to prevent customization of their presets and templates which can lead to repetitive or identical designs. This can be an issue for those who want to customize their applications to suit their organizations. Low-code application builders offer immense customization options as users can code and change elements as per their wishes. Low-code wins between no-code vs. low-code when it comes to customization.

Breaking down the biggest myth about No-Code

No-code really does sound too good to be true, as it can allow anyone, regardless of their technical know-how, to create applications after a few clicks. However, there’s one myth that has been circulating for a while which needs to be addressed – No-code application development platforms are restricted to creating applications only on a departmental level.

This is not true as no-code vendors are breaking barriers by enabling companies to build enterprise-grade applications on their platforms. There are multiple application development platforms that also use innovative tools like AI to make automating processes even easier. While fulfilling the needs of the citizen developer, no-code can help provide customization options and methods to create complex applications without any manual coding.

This means that it is actually possible to create the application you need without any knowledge of coding or coding languages through no-code!

So, which one is better?

As shown above, between no-code vs. low-code, we’ve tried to break down the basics of using these forms of development. We personally believe that no-code can do everything that low-code can, you just have to choose the correct platform or vendor for you and your company. Keeping agility, ease of use, and complexity at the forefront when making your decision is essential to choosing correctly.

No-code can do everything low-code can, without writing even a single line of code, which can simplify the development process by leaps and bounds.

As the distinction hasn’t been properly made between no-code vs. low-code, there are often many different companies who think that no-code and low-code are one and the same. Often, no-code and low-code can even be used simultaneously to create a functioning application and environment and this might be the best solution for your company. Ultimately, it’s up to you to decide between the two depending on your company’s unique needs.

Quixy is the perfect platform for you to start your no-code journey after choosing between no-code vs. low-code. Quixy combines an intuitive visual interface with a drag-and-drop designer to help you create the apps you need with just a few clicks! Try out our free trial here and experience the benefits of no-code for yourself! 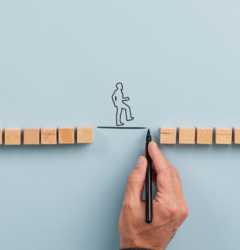 The Impact of COVID-19 on the Education Sector 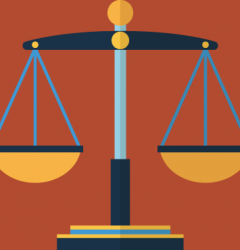 No-code in the Legal Industry: The New Order 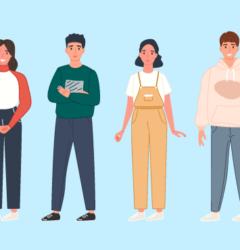 No-Code and Gen Z: The Productive and Future-Proof