‘SuperApp’ – Building an Ecosystem of Applications

As we live in a world where everyone has their own pace, it is essential that we abide by the pace of the digital world, otherwise, we will become obsolete. The current evolution of apps is the “SuperApp.”

The idea behind is that they can do everything, contrary to regular apps, which are typically built to do one thing well. The creators of these apps hope you will spend more time with them now that they have powers that previously required you to launch dozens of other apps.

In recent months, Uber, Spotify, PayPal, Snap, and Jack Dorsey’s Block have all endorsed the idea of a “SuperApp.” In a recent interview, Elon Musk discussed the concept of a “SuperApp.”

According to Gartner, more than half of the global population will use multiple SuperApps on a daily basis by 2027. Workflow, collaboration, and messaging platforms will also be included in the concept.

What is a SuperApp?

They are all-in-one mobile app design solutions that assemble all the apps you need for your daily activities. Users can find all the needed information in one place. To accomplish different tasks, you do not have to download multiple programs. Social networking, shopping, and banking are all examples of SuperApps.

You discover a single ecosystem with transaction capacity and the last mile that arrives at your doorstep instead of multiple watery apps.

Also Read: What is Decision Automation and how can you drive it?

The origin of SuperApps

The idea of a SuperApp isn’t new, but it’s become more popular recently. Chinese internet giant Tencent launched WeChat in 2011 as the archetypal SuperApp. In addition to ride-hailing, e-commerce, mobile payments, and even government services, it began as a mashup of a messaging app and a social medium. Currently, it is around 1.3 billion users, mostly in China.

It was never WeChat’s goal to become a SuperApp, and the word doesn’t exist in Chinese, says former WeChat global marketing and partnerships head Kevin Shimota. As WeChat added features, starting with payments, it became so dominant.

Shimota adds that WeChat launched a platform for “mini-apps” within WeChat itself, but no one knew if it would be successful at first.

In the rest of the world, WeChat occupies a similar niche to Apple’s App Store and Google’s Play Store. WeChat offers more than one million apps. According to Mr. Shimota, unlike western app stores, WeChat only makes them available when they are released. Instead of making them easily accessible.

In Asia, other apps have aspired to similar comprehensiveness-though none have succeeded quite as well-including Alipay in China, Gojek and Grab in Southeast Asia, and Line in Japan.

SuperApps: How they work

An ecosystem of external and internal partners builds and deploys modular micro-apps to the SuperApp to offer a range of discrete services to users. As a result of this provider ecosystem, it offers convenient access to a wider range of services.

The following are examples:

In the SuperApp, users can select the micro app they want to use when needed. Authenticating users with simple methods, such as single sign-on (SSO), and tracking their preferences and app usage is key to data sharing.

The purpose of SuperApps

In the financial services industry, SuperApps combine services, features, and functions from multiple mobile apps into a single one.

SuperApps are also created by software engineering leaders to provide their employees with a more engaging experience. Through these, economies of scale can be achieved and the network effect of multiple mini-app teams can be leveraged. In addition, users can activate their toolboxes of mini-apps and services, which can improve the UX.

According to Statista, there are over four million apps available on the Google Play store and Apple App Store combined. This glut is frustrating for countries with limited smartphone memory and a saturated market. This imbalance can be corrected by a SuperApp. Through the use of this application, a mobile operating system can be enhanced by reducing the time required to complete specific tasks and, in turn, increasing productivity. In addition, it incorporates UX elements that make it easier for users to become accustomed to using mobile phones.

The Potential Challenges of SuperApps

It may seem that the rise of SuperApps in the East is a relatively peripheral trend to the banking sector. However, the reality is that they have the potential to upend it. For bankers to be aware of developments, there are three reasons to do so-

Among users, these are as popular as apps such as food delivery apps and e-commerce apps. Several companies are transforming their apps into SuperApps, while others are hoping to be associated with any popular such apps.

This will result in more people signing up for their applications. Furthermore, due to the high demand for SuperApps, they are likely to receive increased attention.

As a result, users will always download any app that meets their needs. However, in today’s world, it is also crucial that they consider how the app simplifies their lives. 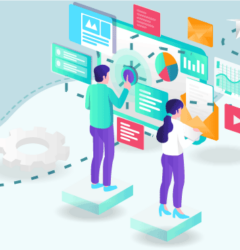 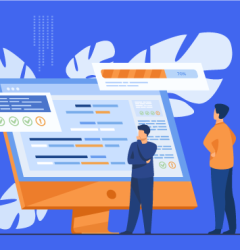 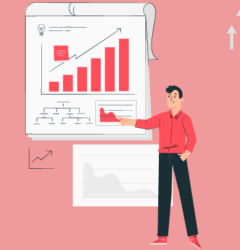