50+ Powerful Employee Productivity Statistics that will make you think

For earning profit along with long-term growth, businesses require productive employees. Are employees 100% productive at the workplace? According to research, employee productivity is generally less than 60%, and most employees believe working from home increases their productivity levels.

Today we will talk about the undeniable and proven employee productivity statistics and forecasts that will make a difference for both the employee and the organization.

Also Read: 50+ Hybrid Workplace Statistics that you should know in 2022

Also Read: Top 75 Digital Transformation Statistics and Trends To Help You Navigate it in 2022

Statistics For Employee Productivity Over Time

Stats on Effective Communication Within an Organization

Given the numerous advantages of workplace productivity, it should be no surprise that businesses are constantly looking for ways to boost employee productivity and developing cutting-edge productivity metrics to precisely measure it.
Maintaining productivity levels at a certain minimum is undoubtedly difficult for any business, especially in light of the numerous variables that might influence it. However, the reward is substantial enough to entice anyone to give it a shot. 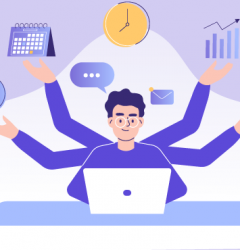 Post-Pandemic Productivity 101: A Hybrid Model of 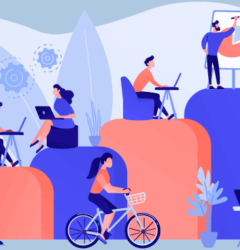 Workplace Productivity: What is it and how to meas 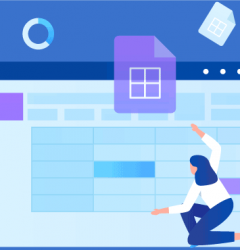 7 Reasons why Spreadsheets are a Nightmare for you