If you look up to inspiring people, allow their influence to have a positive impact on your working and you have business ideas that you want to actualize but it seems like you hit setback after setback, then this is the blog post for you.

These people are who we think are undoubtedly the best no-code makers and influencers on Twitter!

With a mix of no-coder makers, solution pushers, and just great people you can learn from in this industry, we hope you gain insight into how your thought-starter can actually become a concept and then a finished product!

So here is the list for you in the alphabetical order:

We have to start this blog post of the best no-code makers and influencers off with the man himself, Ben Tossell. He is the pinnacle of no-code with his website, Makerpad, which is literally a hand-holding step-by-step guide to the no-coder community. It essentially teaches people no-code and empowers them to build their own applications.

What’s even more mind-blowing is that Makerpad generated $200,000 in sales… in less than a year! And that’s not it. This was his side hustle. He was working as Earnest Capital’s platform head at the time.

Another one in our list of the best no-code influencers, Bram Kanstein is a non-technical product builder who also teaches the same to people who are not well-equipped in no-code with an online course called startupstash.com; it has come to be known as the most successful product on Product Hunt ever.

He discovered no-code through Carrd.co and built his websites with it. He then expanded upon his startup with automation using Zapier and managing tasks using Trello. With all this knowledge, he curated a “stash” of information and tools for startups all over. A startup to help you build startups, startupstash helps democratize and execute ideas by the massive number of people with business starters who cannot code.

Doc is a big help when it comes to use cases, tips, and live streams filled with insights and information that this no-coder can provide you with. He has used a single no-code tool to build three businesses, but that’s not the catch. He builds these businesses live!

He does not just talk the talk, he walks the walk and he shows that with actual businesses that you can virtually build with him from concept to finish.

Goncalo is a sweetheart when it comes to no-code. He is the co-creator of NoCodery and works as the Growth Product Manager. If you’re looking for no-code tips, tricks, and sarcastic meme replies, this is the influencer for you!

He did not like depending on developers, which explains why he is a big advocate for no-code. His interest in no-code sparked after it dawned upon him that he had a need to create prototypes and thus, NoCodery was born as a result.

With its advent came a whole school of thought that was taught to anybody who wanted to learn! NoCodery has courses that teach people how to build clones of popular apps such as Instagram! Amazing, isn’t it?

Now here’s an unconventional addition to this list of the best no-code influencers. You see, Jens does not build applications with no-code tools but he does help people build a bigger base to communicate the benefits of no-code to and create an audience.

He understands that no-code is revolutionary but soon realized that a lot of no-code startups need help with their marketing tactics; so he built a whole foundation of solutions in email marketing for no-coders! He and our number 4 star, Michael Gill are co-founders of RabbitRabbit; an expanding tool for newsletters achieved with referrals.

Also read: No-Code Communities You Must Follow to Accelerate Your Digital Transformation

After discovering the no-code movement on Twitter, KP’s game completely changed. Frustrated with the time it took to actualize his ideas or find a developer who understood his vision, and just plain old product development in all its glory was far from glorious for KP.

Watching the man himself, Ben Tossell remakes an Airbnb lookalike in a few hours, KP’s perception of product development tactics changed for good. Since then, he has been a staunch no-coder.

KP’s first no-code product, Dothingsthatdontscale.com got featured on Product Hunt’s homepage and even became the top-rated product of the day.

In this list, it’s safe to say that Kieran is pretty obsessed with expanding his no-code avenues. He specializes in building no-code products from its advent as a thought-starter in a brainstorming session to the final product going live for the world to use.

His love for no-code arises from his addiction to actualize small business ideas that he evidently has very frequently. He learns and grows as he goes through his massive number of product launches.

Here are some of Kieran’s ventures:

Lacey Kelser is the pinnacle of women’s support in the no-code community. Lacey’s team provides all kinds of help to promulgate and assist women’s growth in the world of visual development.

Her journey with no-code arose from a love for visuals and a lack of fondness toward coding. She shares her story on her website, podcast, and YouTube channel. With whatever form of content you like to consume, she can help you out.

Lacey used to work at a SaaS company as the Head of Product but realized that wasn’t it for her and no-coding was so much more productive and useful. She tweets about the products and software she uses and is always sharing new tools with her followers; which is literally the definition of being a no-code influencer.

Michael Gill is a big help to the no-code community and is without a doubt, one of the best no-code influencers out there. He’s also a sweetheart with what he does for the community.

And there’s more! Michael also has a workshop and e-book called “The Maker Minions” which guides you in a how-to fashion across the realm of no-code. It is truly the perfect tool-kit to get started.

Community development is definitely notable for Michael; he is of the opinion that manpower should not be engaged in activities that do not contribute significantly to the business. People are meant for so much more. He sincerely wants to help them work more meaningfully. His solution? Automate everything else!

A previous Microsoftie, Tara Reed is another must-follow low-code no-code influencer. While blogging about her time at the company and managing a few projects on the side, she was open about her ideas of running a business and making products. She built an application without code called Kollecto, which provided art recommendations and from there, she created “Apps Without Code”; an idea for a business converting start-up!

Tara enables the tangible creation of ideas for people who have capabilities and lucrative problem-solving abilities but do not know how to write code. Her boot camp trains non-technical people who aspire to be entrepreneurs and launch their own profitable businesses!

Sam is the CEO at Metaranx, a no-code AI platform, and shares her no-code and start-up tips on the Toronto start-up podcast, Float or Founder. She aims to empower others in their no-code journey. Sam Lloyd was a content marketing manager in a tech industry and believed to excel, she needed to learn basic markup language, HTML. But no-code has bought a positive change; you no more need to understand how to do SEO, as much as the why.

Jesus is the founder of LowCode Agency, which aims to help businesses optimize their processes and streamline operations by building custom-made apps. Jesus’s comeCDMX.glideapp.io was a big success, and it got sponsored by American Express. It is a listing of more than two thousand restaurants in Mexico City and was promoted by the #comeCDMX movement, which was supported by the tourism board of Mexico City.

Did we miss someone?

We wrote this article for the no-code community and for the love of No-Code that all the people listed here share. We are going to keep updating this article so, if we are missing your favourite, give a shout out to them on your Twitter and add @quixyofficial with this article. Thank you! 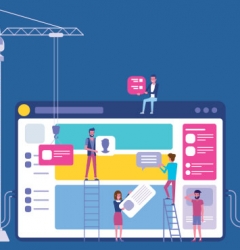 Say Goodbye to Your Software Hassles with No-Code 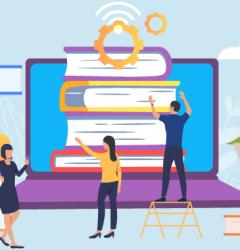 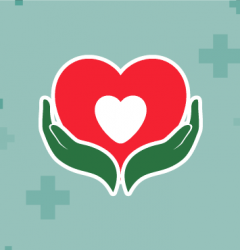 No-Code for Healthcare: The Remedy for Digital Tra

Creative, wild, fierce | The Animal instinct brought to the surface – by No-Code!

Essential features of every Form Automation Software that will save the day!