“What felt like a far-fetched dream is turning into a reality today“. A thought that every Quixian mutually shared on the Thrive 2022.

Quixy has recently celebrated its third anniversary, and to mark the day, a special, fun, and super-engaging outing was organized for the employees.

Previous to D-day a plethora of online as well as offline activities including sports like carrom, cricket, football, chess, and scavenger hunt, was also carried out.

Highlights of Quixy Anniversary aka Thrive 2022

The day started as everybody gathered and quickly hoped-on to one of the buses to reach the venue. Right after reaching the venue, a special and engaging magic show was organized followed by a list of indoor games for all the employees.

There were n number of activities that were available at the resort; employees went out with their favourite group of people to enjoy. Some exciting adventures at the resort included zip-line, swimming, rain-dance, cycling, rope climbing, etc.

In the second half of the day, every team in the company came together to represent their achievements from the previous years and goals for the coming year.

It was followed by an open mic session, awards distribution for the sports activities, and enlightening words by Gautam, and Ramesh. Some of the overwhelming thoughts shared by the Quixians are shared below.

“The journey of Quixy has been awesome, there were times when things felt impossible to achieve, but the strength and passion of the engineering team and every team together delivered it. I am extremally grateful for the efforts team put in even if it needed them to stay up late at night. Since Quixy was started and where we are today, the tremendous growth you see in the platform and its features is because of efforts by every team.“- Santosh Tarlapally

“The way I am associated with Quixy was never the case in the places I have worked before. I believe it is because of the team, the love, and the dedication everyone has for Quixy; it has been my driving force here. Looking forward to many more experiences and learnings.” –Avanthi Amara

“I am the kind of person who does not prefer working after seven or over the weekends, but it is because of the team you want to do it for. A special mention for our manager, Vivek sir, who has not only helped each one of us in their careers but has also lent a helping hand and shared his experiences when we were stuck personally.” –Misha Porwal

“Quixy is my first job, and it always felt like family. Waking up and coming to work was never punishing, instead, it always felt that you were going to a place where there would be a lot of learning and so much fun. Being in the guidance of team leaders like Raveesh and Vivek, it has always been more than fulfilling because I always knew I will gain something.” –Shivansh Tiwari

“Quixy has not only helped me climb the professional ladder but has also helped me grow as an individual. Before Quixy, I was not as confident as I am today. The platform and the team have given me immense opportunities and learning. I am grateful to Quixy and its team members.” –Saumya Sinha

The open mic session ended with Ramesh Kenche sharing an extremely beautiful gift handmade by his daughter. See the pictures below.

At the end of the session, the Founder and CEO of Quixy, Gautam Nimmagadda addressed everyone with his promising words. He expressed gratitude and said the power of Quixy lies in its people. He further added that he believed in the idea of Quixy which is now a success and encouraged every Quixian to believe in themselves even if it wasn’t for anybody else in the world.

The day was a great success, reflecting all the achievements, learning, and growth that Quixy and its people realized in its third year. It was a triumph, triumph of every Quixian. 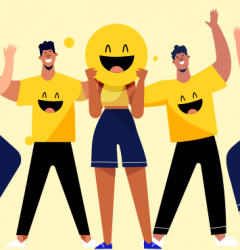 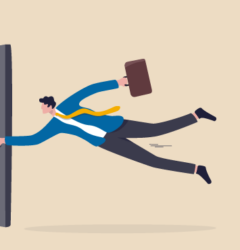 The Great Resignation – What is it, and how do y 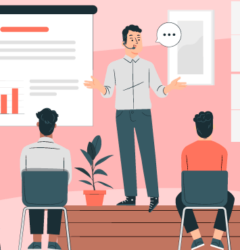 Quixy Community Members get answers from the CEO h