Is the ERP in your Organization has, what it truly needs?

The ERP system, used in companies of all sizes across the world, has been given a death sentence since the early 90s. It had been foretold to soon become outdated, useless, and replaced. However, in 2020 there are still a huge number of organizations that are going strong with ERP. The question constantly is about where the next generation ERP system is, and what that means. While technologies have continued to advance such as the internet alongside other globalization and digitization systems, they brought the ERP system along with them, ensuring it would not be separated from the organizations that kept it alive and kicking. The existing ERP databases have become too valuable to lose and thus leaving for the next generation of ERP systems, has never seemed to be the right option for many.

Since the get-go, the ERP system solution has been attacked for being complex, difficult to use, hard to customize, and very dependent on the powers of traditional coding. Unfortunately, not much has changed since they were brought into existence on that front. With the constant growth in technology, customization is constantly inevitable, and without having one foot in the vendor’s business that is impossible. This leaves the question, is it finally time for cloud ERP, or even no-code and low-code ERP to become the norm?

But first, What is an ERP System?

The term ERP stands for Enterprise Resource Planning Software, it comes from the 1990s (the same decade they were deemed to be redundant in the near future), but ERP systems have been around since the 1960s. During their inception, the precursor to EPR systems was used in the manufacturing sector. They served as tools to monitor inventory, payments, accounts, and more. This led to them being called MRP or Material Requirements Planning Systems. These systems helped orders and shipments stay on track and build organizational efficiency.

By the 1980s, MRP grew to take control of more parts of the manufacturing process, taking on the name MRP-II or Manufacturing Resource Planning. It then took its shape as ERP by the 1990s when it grew beyond inventory control and operational processes to other back end functions, HR, and more, until it grew into what we know of it today.

Today, the next generation of the ERP system has arrived, it takes control of all kinds of functions, from BI (business intelligence) to front-office functions such as sales-force automation, and e-commerce to other functions on both ends, ERP has been a success story. It has been useful in all kinds of industries, but it leaves the question of if ERP is enough.

The last and the next generation ERP(Enterprise Resource Planning) systems

The whole ERP dynamic has changed faster than the wink of an eye. However, it can be seen that traditional systems have not automatically become the next generation ERP. Technology in other aspects of organizational management has also changed simultaneously, cloud technology has taken over many processes and the low-code and no-code markets are booming. This means high-performance applications are being created in visual coding environments and traditional coding is slowly losing its charm. These no-code and low code applications are allowing organizations to have hyper tailor-made solutions, but what does this potential rise in shadow IT means for the EPR systems that already exist. How will cloud technology integrate with ERP? Will it lead to or away from no code and low code ERP systems?

The Next Generation ERP with No-code Low-code

The power of no-code and low code comes from the intense customizability of the applications they are able to create. This comes from the fact that they are customizable by each and every person and are applicable to a micro-industry. This means that what software giants have been trying to do for years, can now be done by citizen developers and it is not long before there is a switch to no-code ERP systems or event Cloud ERP platforms. It is the beginning of the shift from the solutions that were being made for an entire industry to solutions catered to the exact individual who requires them. While this does raise questions about the existing data and systems, the new apps are planned to integrate with and build upon the data and functionality of the old.

In the midst of this shift, organizations must stay ever prepared. Prepared, not only to make changes that are fundamentally aimed at upping the efficiency and effectiveness of existing systems through new low-code and no-code next generation ERP system set-ups but also to make those fundamental changes. To facilitate such integration, organizations will need all hands on deck. While IT will be the spearhead in managing the shift, employees must be prepared to customize the system to its optimal potential. While this seems easy enough, the original enterprise resource planning software solutions themselves took a long time and so will this.

ERP vendors have spent years and years perfecting your craft. While many have been aware of this approaching redundancy of traditional systems, others have been working towards cloud ERP integration systems. This directly implies that in a shift from traditional ERP systems to next-generation ERP systems, there will be tussles in terms of overlaying designs, re-mapping certain processes, dictating best practices, and more. In addition, while vendors should have the capabilities of the ERP end to help fix this, the true power lies in your team to make the right decisions during this shift.

Citizen developers are the solution to this conundrum caused by a shift to a next-generation ERP system setup. These employees are capable of facilitating the shift to no-code/low-code ERP and through their power of numbers make the process significantly more efficient. Given the tools these employees will be able to manage the front end of the shift and map it to their exact needs, leaving the back end to the IT department. These citizen developers will create, as Jason Bloomberg wrote, “will focus almost exclusively on AI-supported, model-driven and declarative application construction,” the knowledge that they have of the job, from the job will be the sole focus.

Understanding that this shift within systems from traditional to the next generation ERP system setups will also mean a fundamental shift in the role of the in-house IT department. Solutions that would require code-based solutions will be able to be solved through the power of no-code, and application creation will no longer require months over months of back and forth. However, this gives room to the IT department to take on a more supervisory role to ensure that new ERP systems only heal not harm, in that citizen developers do not take their role too far. They must ensure that the education of the new system is adequately passed on and ensure it is done successfully. IT organizations and in-house teams will be more of a review, approval, and damage control system than ever before in the next generation ERP systems complete with citizen developed setups.

Coming to the last piece of the team that makes ERP for an organization possible, is the vendor. With the migration from traditional ERP systems to next-generation enterprise resource planning systems, the focus will shift from the process design and workflow creation to the platform itself. The tools and automation will come in the limelight with the need for utilization by employees. Another point of focus will be AI and machine learning as organizations will be looking for a shift that makes usage easy for everyone, not just IT professionals. With cloud ERP systems manifesting as a reality, it is essential for vendors to provide the necessary tooling, platforms, and APIs to enable business organization platforms that can be accessed by low-code and no-code technologies.

Citizen development has truly shown itself as the next step in the growth of ERP. It is the one step that has pushed existing vendors out of their own shells of comfort and has empowered organizations to look for what is new and exciting in this space. The next generation ERP systems promise to be on the cloud, accessible to change, and usable by all. It was the next step in proving to ERP sceptics that this system is to stay but in a fresh adaptable way.

Do you want to learn more about how to empower your ERP or replace it with something more functional within your organization? Do you believe that your organization can not afford ERP, but you can’t manage the business in the spreadsheets any longer? If you’re looking for an ERP alternative, click here to get started with a free demo. 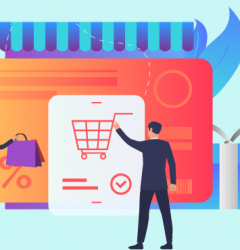 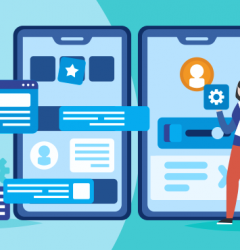 Everything you should know about No-Code Developme 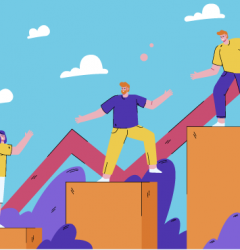 Well begun is half done: Take these steps to kick-start Citizen Development Project

Top Form Automation Tools for you in 2022