LCNC: Is it completely worth the hype?

So, software and applications in businesses are absolutely normal. Even businesses that used to use paper to do all of their businesses are making the shift to digital. This is no longer a trend and it is here to stay. But what is LCNC, what does it mean and why is it important to this context. People want to create high-quality applications to set up their own systems about themselves and their customers. They want more applications and they want them now.

While technology is advancing, it still seems like this isn’t happening fast enough. It is not happening NOW, and there are a few reasons why.

There is back and forth between the teams, changing needs, bugs, and a whole plethora of problems in something you have paid so much money to create. And this is why there has been a shift towards LCNC Development or low-code/no-code development. While all these problems may sound like slight exaggerations, LCNC will solve problems like magic.

These are software solutions that offer WYSIWYG (what you see is what you get) or only a low amount of code to create fully-functional business automation applications. While not all LCNC automation enables app development, some only help infrastructure, source management, data management, and more. But we’re not here to talk about the other benefits of LCNC, we are here to talk about how LCNC is the here and now of app development.

How does LCNC solve such problems?

Low-code and no-code development tools are stronger than they sound. While it seems like they are just a watered-down version of the full package that is traditional application building. However, it is much, much more. LCNC offers tools that reimagine development as it was traditionally.

These are tools that give abstraction and click and point processes to the complex nature of what application development used to be. Truthfully, LCNC tools have been able to redefine development SO MUCH that even developers believe these are superior coding paradigms than those that used to exist before. So much so, that some people have even come to refer to low code platforms as better code, a little code, or some code platforms instead.

This ability to use abstraction for application building has led to high-quality applications being built in a fraction of the time that was required before. It allows new application developing personnel have the guard rails up so that they can figure out the process slowly, and have novice developers to guide them on their way instead of having to hold their hands. It has allowed people on the business end get involved and thus created a better engineering space.

The overall streamline that LCNC automation creates is unparalleled by any other software. It’s a win-win for developers and people on the business side of the organization. For example, imagine in your business the finance team needs a new tool to calculate leave ratios for the creation of pay slips. In an organization with LCNC they will be able to create it themselves almost overnight instead of going back and forth with IT for months in which time HR may even change the policy.

Just some LCNC history and background

Some of the precursors to LCNC included RAD (rapid application development) tools, CASE (computer-assisted software engineering) tools, and fourth-generation programming languages. These tools were created and sold to help IT teams in the 80’s and 90’s. They were the epitome of over promise and under deliver. But we can’t discredit their existence as they paved the path for what we have today.

Post all this came another wave of automation tool in the 2000s. They are the ones that are still big names in the LCNC space today. Think about these as an older sibling that makes all the mistakes so that the younger sibling can shine. Despite all this, the hype for low-code and no-code development only truly came to be around 2016 despite everything that was going around about it for 25 years prior.

What does this mean for LCNC today?

While you can definitely tell that this space is very hot and happening today just by running a simple google search on low code development/ the future of no code/ LCNC/ etc. Here are some reasons for you to believe what we’re saying about LCNC being the future of app development today. In simple words, this is an untapped market for both software engineers and otherwise in a space where everyone needs new applications and they need them now.

Think about the games you used to play when you were younger. You have to put together a house by dragging and dropping and completing the puzzle. Every time a piece was in the wrong place you have to start over. LCNC is nothing like that. It isn’t bulky, it isn’t slow and most of all it doesn’t need a background to understand. It is made for the citizen developer who is new to the process. With that being said there is a whole band of low code application development tools that are built by engineers for engineers so that no one is left behind from the party.

These tools address true developer pain points such as building (CI), regression testing, packaging (artifact repository, pre-deployment staging), releasing (change management, release approvals, release automation), configuring (infrastructure), and monitoring, etc. What does LCNC do, it abstracts these pain points and take than away. This is more time and money than you can fathom on a large scale.

Still don’t believe us about the effectiveness of LCNC tools and applications? Here are some stats for you. 73% of us don’t use low code tools, and not because the technology is problematic, it’s because the right applications are not being seen by developers. However, for the 27% that do use it, they can’t stop talking about it and the 1000s of dollars they are saving each month (even though Forrester may disagree).

The true offerings: Automation and Independence

We have spoken enough about how LCNC has come to be and why it’s here to stay but here are some tangible benefits and examples as an argument for LCNC in a business that is involved in application development, digitization in general and otherwise.

Make your way towards building applications without any code

Quixy is a great place to start if you are looking to start implementing LCNC into your every day and building new applications without any code. Our advanced no-code application allows development across devices and platforms to finally create perfect applications. We operate on servers or on the cloud, an important feature in today’s work from home environment, and even integrate the applications created via our platforms so that they can be used as the basis for more. From data arrangement to application testing and execution we have it all.

We are excited for you to try out this system and for us to show you out LCNC solution. Click here for a free demo of Quixy. 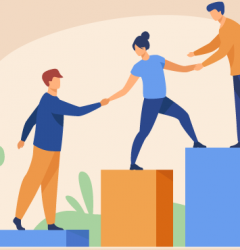 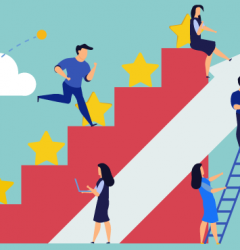 What are Operational Decisions? Why are they considered as the backbone of business?